Home > A Guide to... > Alpine Skiing Around The World

Alpine Skiing Around The World 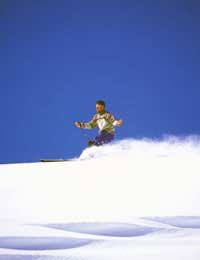 Skiing first appeared in Kiandra, Australia in the Snowy Mountains, in 1861 with gold rush miners. The first Australian ski resort, Charlotte Pass, was established at the turn of the 20th century, and in 1924 the Ski Club of Victoria was formed, based out of Mt. Buller ski resort. Skiing was slow to grow in Australia. Mt Buller did not see its first hut until 1933 or a road to the village until 1946. Even today, there are less than twenty resorts in the country.

The gold rush brought skiing miners to the United States as well. In the mid-1800s, miners hosted rival camps for drinking, gambling and downhill long-board ski races. The twelve-feet-long skis did not allow turning and often ended in great crashes. The spectacular sport disappeared with the gold, leaving little influence on the unrelated emigrating sport.

Meanwhile, throughout the 1930’s many Arlberg instructors, fleeing Austria, started ski schools all over North America. Cross-country dominated the sport in Canada until 1932 when the Joe Morin slalom hill opened in Quebec, followed the next year, by Alec Foster’s rope tow at Shawbridge, the Northeast’s first lift. The proprietors of the White Cupboard Inn, in Woodstock, VT copied the design installing the first US rope tow in 1934. In 1936, Sun Valley, ID opened with the world’s first chair lift, but skiing stalled during WWII.

Norwegian and British engineers brought skiing to South America during the construction of the Trans-Andean railroad, but the German’s founded the first ski club, in 1909, in Valparaíso called the German Excursion Club. Bolivia’s La Paz resort claims the first lift in South America. While the completion of the railroad, in 1910, granted recreational skiers access to mountains in what would become Portillo, making the Trans-Andean Railway the first ski lift in Chile. The first ski specific lift in the area was a rope tow, though Portillo Ski Area was not inaugurated until 1949, three years after the first bona-fide chair lift was erected.

Although the sport did not really take off until after WWII, Iran’s ski history also stems from Europe’s engineering work force. Throughout the 1930’s German miners and engineers skied the Alborz range. Meanwhile, the French army trained mountain patrol soldiers in Lebanon. Both Iranian and Lebanese students traveled abroad and brought their skiing skills back to their countries. Dr. Abdollah Basir teamed up with a carpenter in Tehran in 1938 to manufacture skis. The Iranian Telo piste became popular in the late 1930’s for international ski clubs and American soldiers. Spectators paid more to watch the action, than skiers paid to participate.

In 1947, the Iranian Ski Federation was established. Although its international counterpart did not accept the Federation until 1957, it did develop skiing in Iran, including importing skis and building the first ski lift in 1951 with the help of French coach Gaston Catiar. In 1952, the Lebanese government paid for the construction of a large ski lift in the Cedars, sparking the popularity of skiing and creating Lebanese ski teams.

The Takada Ski Club formed just over a month after Lerch’a first ski lesson, and by the last, the Generals had formed a ski instruction association that taught all over Japan. Zao Onsen opened in 1925. In the winter of 1929, Lieutenant Helzett, vice-chairman of Norway's national ski federation proclaimed Shiga Kogen the "St. Moritz of the Orient.” After World War II, the Occupation Forces set up the first lift in Japan at the Maruike ski area.

World War II aided the development of skiing in the US as well. Following WWII, 10th Mountain Division survivor Friedl Pfeifer founded Aspen, while his fellow 10th veteran, Peter Seibert founded Vail. In all, nearly two thousand veterans went on to become ski instructors, while 62 resorts were either founded by, directed by or had ski schools run by 10th Mountain veterans.

Thanks to the adventurous spirit of Europeans and influence of World War II, skiers can now enjoy the sport on just about every continent.